In light of the recent allegations published in the Brazilian business press regarding the construction of the UTE Suape 2 Project (the “Tender” or the “Project”), Genrent has published the following clarification.

The Tender results were announced in October 2007, and shortly after, in December 2007, following an approach by Ellocin Brasil Participações e Consultoria Empresarial – Ellobras Ltda. (“Ellocin”), Genrent sold its shares in the Project to Ellocin.

The sale of shares was completed in September 2008, after receiving the CCEAR signature and the required approval from ANEEL.

Since December 2007 Genrent was not involved in any way in the Project, its construction, financing or operation.

Genrent, and/or any of its shareholders, have not been involved directly or indirectly in any way with Mr. Alberto Youssef, sócio da CSA Project Finance Consultoria, and/or the deceased Mr. José Janene.

Prior to the recent publications, Genrent was not aware of their alleged involvement in the shareholding structure of the Project or any of its shareholders.

Further, it is Genrent’s understanding that the focus of the allegations are the construction and financing of the Project, both took place long after Genrent completed the sale of its shares in September 2008, and was no longer involved in the Project. 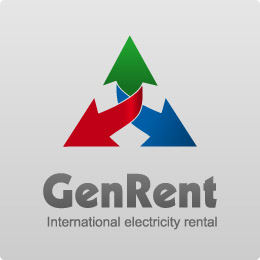 Genrent Wins a Tender to Build a 70MW Power Plant in Iquitos, Peru